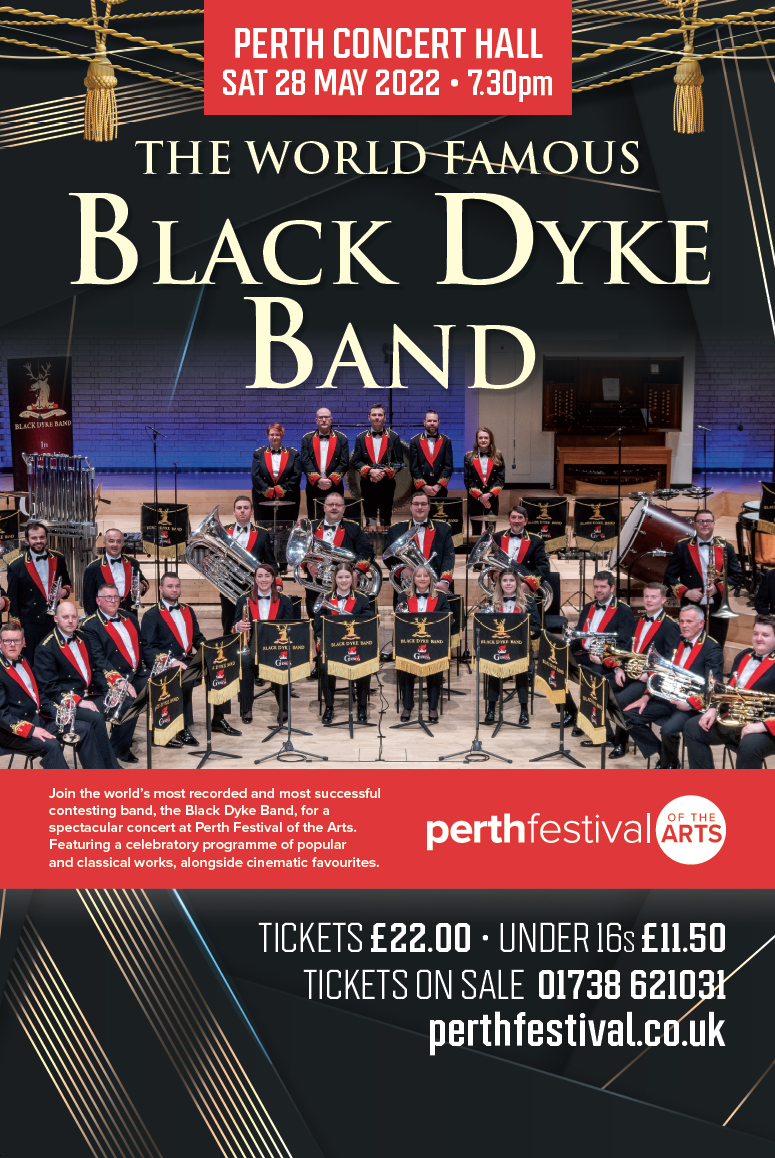 Formed over 150 years ago and hailing from Queensbury, Black Dyke Band is the most recorded band in the world with over 350 recordings and growing every year. In October 2020 the band’s recording of music by John Rutter became the first by a brass band to reach No.1 in the classical music chart. It is also the most successful contesting band in the world having won the European Championships thirteen times, most recently in 2015, the British Open no fewer than 30 times and the National Championships of Great Britain 23 times.

Under the direction of Music Director Professor Nicholas Childs, the Black Dyke Band will bring the 50th Festival to an exciting close with a celebratory programme of popular and classical works, alongside cinematic favourites. Opening with the Band’s signature march Queensbury by James Kaye, the programmes continues with Brand’s arrangement of Berlioz’ rousing La Corsaire overture, a suite from one of the nation’s best-loved contemporary works, Karl Jenkins’ The Armed Man Mass, and a variety of other pieces.

The second half of the concert sees ‘Black Dyke at the Movies’ as audiences enjoy cinematic classics including Harry Potter, James Bond and Pirates of the Caribbean, alongside a number of works showcasing the talents of the Band’s soloists.

Further highlights are two works by Composer in Association with the Black Dyke Band, Paul Lovatt-Cooper, featuring the powerful Fire in the Blood and the beautifully melodic Upon Green Vales, which premiered at the end of 2021.

The anniversary concert is set to be one of the highlights of this year’s Festival and is not to be missed!

Best and Lifetime Friends get 10% off tickets when buying for 4+ festival events in a single transaction. Excludes free events and other excluded events (Friends! The Musical Parody). Discount is limited to 4 x tickets per Friend per event.