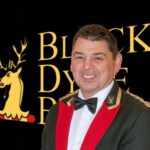 Hailing from the North of England, Garry’s lifelong association with brass bands began when he joined Grangetown Salvation Army, was handed a trombone, and he has never looked back.  He went on to play with many local youth bands until joining the North Skelton Band in 1974. Here he enjoyed many fantastic years as principal trombone. He played for them while they ascended from Fourth to Championship section. Highlights during his time with the band include being a soloist on Best of Brass and competing in the Isle of Man Festival.

In 1996, Garry’s playing life took a devastating turn. He was involved in a pushbike accident with his son, which led to Garry having 18 stiches on the inside of his top lip and 20 on the outside, with a further four stiches in his bottom lip, a broken nose, and to add insult to injury, he lost six of his front teeth. Following the accident many of his family and friends never expected him to play again. However, Garry didn’t quit!

Being a committed bandsman, he didn’t want to leave North Skelton, so he continued playing with the band on percussion. This gave him the time to start learning to play the Trombone all over again – it took him three months to be able to play the C Scale. After two years filled with incredibly difficult and exhausting practice, he was finally able to perform on Trombone again!

In 1999 Garry was asked to join the Reg Vardy Band. He was delighted and stayed with the band for five years before joining Black Dyke in 2004.

Being a member of the Black Dyke Band has been immensely rewarding and has given Garry the opportunity to play in countless concert halls across the world and compete at the highest level in banding. He still thoroughly enjoys playing with the band – and especially sitting beside his son Adam who plays bass trombone.

In his personal life Garry lives with his partner Lesley and daughter Catherine. He runs his own Plumbing and Heating Engineering business. This keeps him immensely busy, but it also allows him the time to commit to a band as demanding as Black Dyke. It’s also handy to have him in the band when the heating goes off!