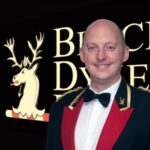 Born in Plymouth Jon started playing the cornet at the age of 10 with the Royal British Legion (Plymouth) Band. In these formative years he was tutored by three inspirational musicians, Julie Chivers, Evan Howells and Terry Nielsen and became Principal Cornet.

1992 saw Jon audition for the Band of The Grenadier Guards and upon his success he joined the Army as a Musician. He studied music at The Royal Military School of Music, Kneller Hall. While there, he was a featured performer with the European Youth Orchestra to a packed Hyde Park audience. After completing his musical training, Jon was posted to join his brother Tim, in what came to be known as The Minden Band of The Queens Division.

Jon also joined The Ipswich Co-Op Band on Soprano and in 1999 joined the Rothwell Temperance Band in Leeds. Featured regularly as a soloist, Jon gained a fine reputation and in 2002 took over from his brother as Principal Cornet of the Minden Band. Tours to Italy, Canada, Hong Kong, USA and even the Falkland Islands followed

2006 saw Jon posted to London and The Band of The Welsh Guards where he held the prestigious position of Principal Cornet. He featured regularly as a soloist and performed with The Royal Philharmonic Orchestra, The London Philharmonic and the City of Birmingham Symphony Orchestra. The Welsh Guards gave him some unforgettable musical opportunities. Most memorable performances being the 60th Anniversary of Her Majesty’s Coronation, the State visit of President Barrack Obama, The Royal Wedding of HRH the Duke and Duchess of Cambridge and the closing ceremony of the 2012 Olympic Games in London.

Jon was assigned to lead The Band of the Kings Division in 2014 with which he saw great success, continuing to perform all over the world and picking up many accolades and awards for his solo performances along the way. Jon had held down both the Principal Cornet seat with the Kings Division and Soprano Cornet with Rothwell simultaneously for several years but in 2017, after 25 years’ service, Jon retired from the British Army and relocated to live in Yorkshire and continue playing in Rothwell. He turned his complete focus to Bb Cornet and moved off Soprano to the Principal seat and after a short tenure, was honoured to be offered the position of Assistant Principal Cornet with the Black Dyke Band.

Jon now lives in Wakefield with his wife Nicola, and son Henry.